Marianne Nicolson (‘Tayagila’ogwa) is an artist of Scottish and Dzawada̱’enux̱w First Nations descent. The Dzwada̱’enux̱w People are a member tribe of the Kwakwa̱ka̱’wakw Nations of the Pacific Northwest Coast. Her training encompasses both traditional Kwakwa̱ka̱’wakw forms and culture and Western European based art practice.  She has completed a Bachelor of Fine Arts from Emily Carr University of Art and Design (1996), a Masters in Fine Arts (1999), a Masters in Linguistics and Anthropology (2005) and a PhD in Linguistics, Anthropology and Art History (2013) at the University of Victoria. She has exhibited her artwork locally, nationally and internationally as a painter, photographer and installation artist, has written and published numerous essays and articles, and has participated in multiple speaking engagements. Her practice engages with issues of Aboriginal histories and politics arising from a passionate involvement in cultural revitalization and sustainability. 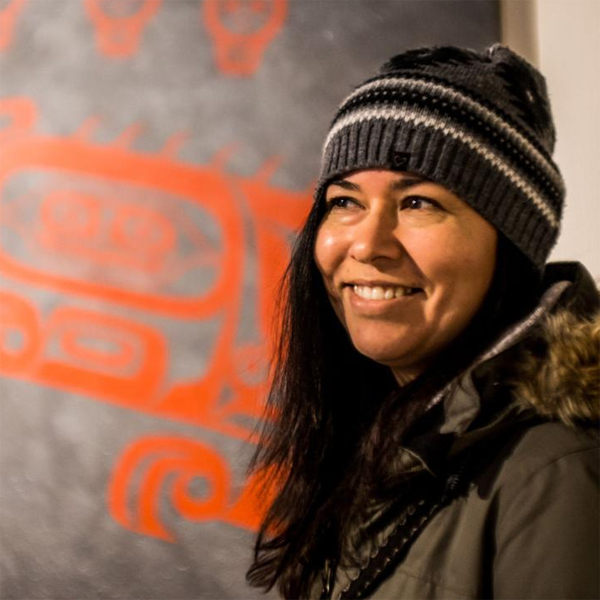