Jaron Lanier is a computer scientist, composer, artist and author who writes on numerous topics, including high‐technology business, the impact of technology, the philosophy of consciousness and information, internet politics, and the future of humanism. Lanier’s most recent book is Who Owns the Future?

A pioneer in virtual reality, Lanier founded VPL Research and led teams creating VR applications for medicine, design and numerous other fields. Lanier is also a musician and artist. He has performed with a wide range of musicians, including Philip Glass, Yoko Ono, Ornette Coleman, George Clinton and Steve Reich. He composes and performs on film soundtracks. Credits include composer on Sean Penn’s 2010 documentary, The Third Wave, and principle instrumental performer for Richard Horowitz’s score for Three Seasons. Lanier’s paintings and drawings have been exhibited in museums and galleries in the United States and Europe. 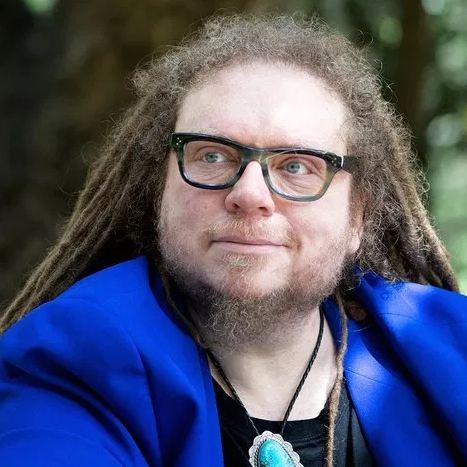