Eric Fischl is one of the most influential figurative painters of the late 20th and early 21st centuries. Born in New York in 1948, he now lives in Sag Harbour with his wife, the painter April Gornik. Fischl is represented in over 50 public collections, including The Met, MoMA, the Guggenheim and the Whitney in New York, the Art Institute of Chicago, the Hirschhorn, the Dallas Museum, The Menil Collection, the Kunstmuseen der Stadt in Krefeld, Germany, the Neue Gallerie in Aachen, the Musée Nationale D’Art Moderne in Paris and the AGO and The National Gallery of Canada. He has been featured in over 1000 publications and his autobiography, Bad Boy: My Life On and Off the Canvas was called, “a brave and beautiful book” by the New Yorker’s Adam Gopnik. Eric Fischl is a fellow at both the American Academy of Arts and Letters and the American Academy of Arts and Science. 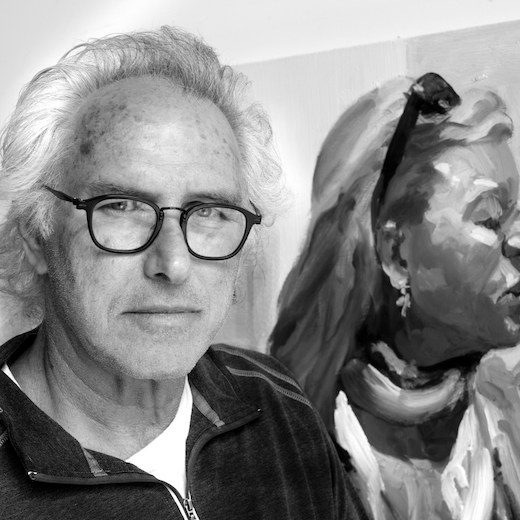