ARAHMAIANI is one of the leading figures in the contemporary art scene in Indonesia, working in performance, painting, drawing, installation, video, poetry, dance and music.  She was one of the artists featured in the Indonesia National Pavilion at the 50th Venice Biennale.  Her work has grappled with contemporary politics, violence, critique of capital, the female body and in recent years, her own identity, which although Muslim, still mediates between Islamic, Hindu, Buddhist, and animist beliefs.  She often uses her public presence in order to attract attention to violence against women in general and to female discrimination in Indonesia’s Islamic society, in particular.  Since September 11th, she has combined her critical attitude toward Islam with a fight against its general stigmatization. Her interests also extend to environmental issues, which has led her to work with monks on the Tibetan Plateau in recent years. 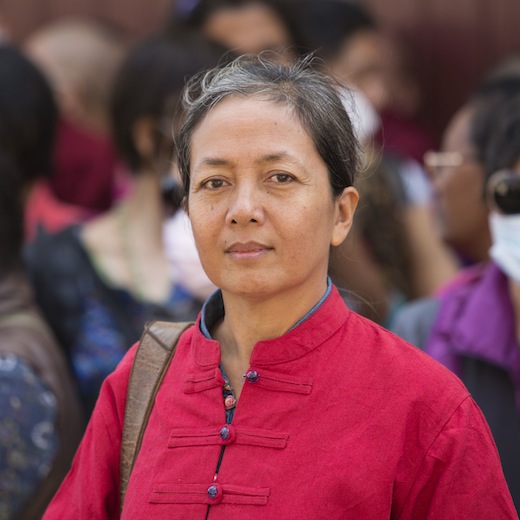