Anne Riley is an Indigiqueer multidisciplinary artist living as a Slavey Dene/German guest from Fort Nelson First Nation on the unceded Territories of the xʷməθkʷəy̓əm (Musqueam), Sḵwx̱wú7mesh (Squamish) and səlí̓lwətaʔɬ (Tsleil-waututh) Nations. Her work explores different ways of being and becoming, touch, and Indigeneity. She received her BFA from the University of Texas at Austin in 2012 and in 2016 she graduated from the Native Education College with a Certificate in Family and Community Counseling. She has exhibited both in the United States and Canada. She is currently working with T’uy’t’tanat-Cease Wyss on a collaborative public art project that was commissioned by the City of Vancouver called A Constellation of Remediation, which consists of Indigenous Remediation Gardens planted throughout the city decolonizing and healing the dirt back to soil. 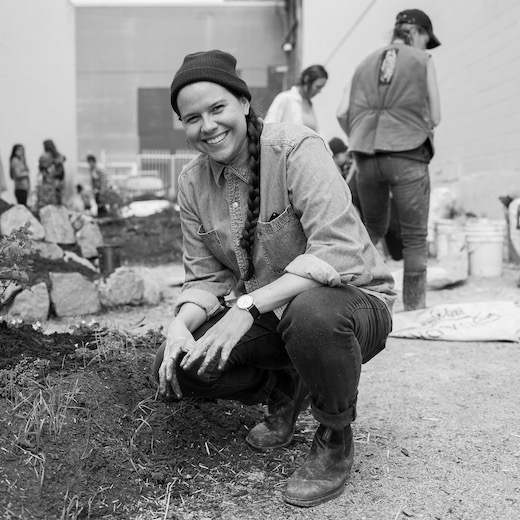