Angel Velasco Shaw is a media artist, educator, curator, and cultural organizer living in Manila and New York City. Her experimental documentaries—Inherited Memories, When Absence Becomes Presence, Motherload, The Momentary Enemy, Umbilical Cord, Asian Boys, Nailed and Balikbayan/Return to Home have screened in American, European, and Asian film festivals, museums, galleries, and schools. Some of these works are in the archive collections of the Metropolitan Museum of Manila, Cinematheque Suisse Schweizer Filmarchiv, Casa Asia, and the Museum of Modern Art. She is currently an Associate Professor in the School of Arts and Sciences/Communication Arts Department, and the Founding Director of the Institute for Heritage, Culture and the Arts (IHCA) at Philippine Women’s University, founded in 2014. She has curated and produced several visual art and film exhibitions, and cross-cultural exchange projects such as “The Inverted Telescope”, “Markets of Resistance”, “Women as (Mythical) Hero”, “Vestiges of War”, and “Empire and Memory: Repercussions and Evocations of the 1899 Philippine-American War”, to name a few. Shaw co-edited the anthology Vestiges of War: The Philippine-American War and the Aftermath of An Imperial Dream: 1899-1999 with Luis H. Francia (New York University Press, 2002) and self-published Silent Stories (1985). She was a recipient of a 100 Most Influential Filipina Women in the U.S. “Innovators & Thought Leaders” award by Filipina Women’s Network in 2011. The Markets of Resistance anthology is forthcoming (Ateneo de Manila University Press, 2019). 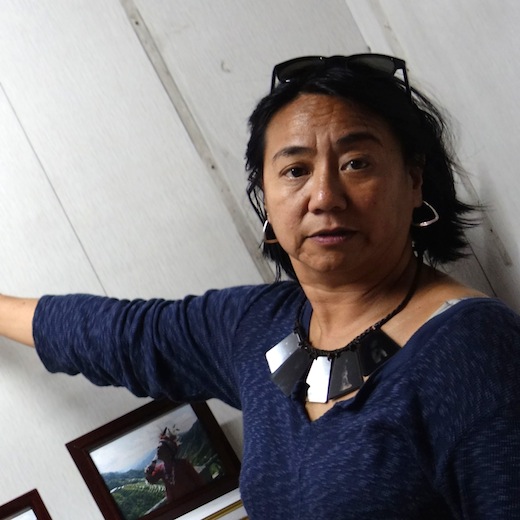