For over two decades, Polaris Prize longlisted downtempo soul saviours LAL, comprised of Rosina Kazi and Nicholas Murray, have built a catalogue of silvery, internationally-influenced electronica that insists that the dancefloor remain a place of resistance. The ArtsEverywhere Festival was proud to premiere the full-length video that accompanies their latest album “Meteors Could Come Down” on June 3rd at 7PM. This event was hosted by Elwood Jimmy, and Rosina and Nicholas were in attendance to answer questions after the screening, as was the video’s director Jose Garcia-Lozano. Watch the Q&A that followed the premiere screening below: 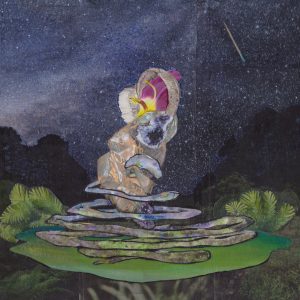 LAL – Meteors Could Come Down

Recorded in the early months of 2020, their album “Meteors Could Come Down” finds LAL looking inward, examining the intricacies of their own relationship to understand how to provide care to their community. Experimenting with minimalism and a concise inventory of sounds, “Meteors Could Come Down” explores for the potential for open space offered through drums and voice—dually centering on the richly dynamic textures of Kazi’s vocals and Nicholas Murray’s skilled ear for world-building through silvery synths and drum beats—to hold a great deal of emotive weight.

It advocates for a complicated kind of hope that’s only available when the end feels near: that’s at times slow and grating; confusing and confounding; and urgent and breathless. On “Meteors Could Come Down” Kazi and Murray capture a lofty anticipation that’s uniquely available to artists who have long been on the frontlines of radical change: hope for the energetic transformation into a new world.