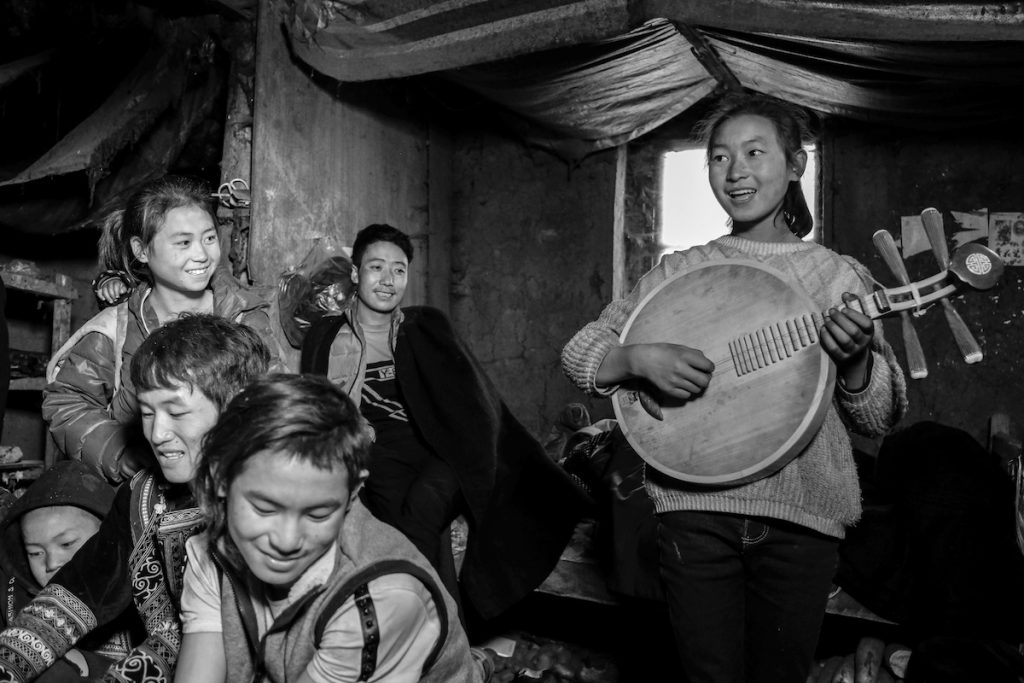 An exhibition of recent photography by Suzy Xu Shuang from the Cold Mountains in China’s Southern Sichuan Province.

Nuosu is one of the main branches of Yi ethnic minority, based primarily in Liangshan Yi Autonomous Prefecture— an area known as the “Cold Mountains” located in the southern reaches of Sichuan province, southwestern China. With a population of over 3 million, the Nuosu of the Cold Mountains trace a history over 5,000 years, with an enduring set of beliefs, social and cultural practices, including a unique astronomical calendar and hieroglyphs.

For thousands of years, nobody—not even Han or Tibetans who occupied areas around the Cold Mountains—could enter without being captured as slaves or killed. In some cases the Nuosu noble class would act as the guarantors, promising safety and assigning them bodyguards. Besides, the journey into the Cold Mountains was full of danger and risk due to geographic obstacles and rival nobles who controlled different territories within the mountains. These factors contributed to the remarkable persistence of Nuosu beliefs, traditions, and way of life until the second half of the 20th century.

In the 1950s, the Communist Party (CCP) took control of the Cold Mountains. Since then, the Nuosu experienced the rapid loss of their culture and identity as they were transformed dramatically from a tribal society into a socialist society. As a result, by the 1980s, the Cold Mountains, especially the central areas with the least geographic advantage and imbalanced development, were impoverished, flooded with drugs, and inundated by HIV infection. The Nuosu society became one of the most disregarded ethnic minorities in China, and the constant targets of racism and discrimination. The Nuosu have been labelled uncivilized, uncultivated, uneducated drug traffickers/abusers, HIV infectors, thieves, and barbarians.

In the Yi’s solar calendar, which originated over 10,000 years ago, there are 10 months in a year and 36 days in a month, with the remaining five days set aside to celebrate the transition to the new year. The Nuosu’s most important celebration is the New Year holidays, when every Nuosu returns home for the family and clan reunion no matter how far they must travel. “The strength of the horse is from the waist, the strength of the Nuosu is from the clan. No one can survive without cattle, sheep and food. No one can live on without the clan,” as the old Nuosu proverb says, the clan is essential to the Nuosu from their birth to death. And one of the vital parts of the Nuosu New Year’s celebration is to visit their relatives, bringing pork as a gift. A Nuosu family that can’t afford a pig whether it’s raised or purchased during the New Year is despised by the neighbours and the clan. In other words, the Nuosu confirm their social status and bonding within the clan during the New Year holidays.

In recent years, the Chinese government has not only cracked down on drug trafficking and drug abuse, but also taken massive targeted measures towards poverty alleviation in the Cold Mountains. The CCP has been building highways and high-speed railways throughout the Cold Mountains, and at the same time, forcing the Nuosu who used to live high up in the mountains to abandon their old houses and move to newly built settlements clustered around towns and county seats. While these developments have provided increased access to transportation, education, and medical services, the Nuosu have to give up their traditional way of living—herding, farming, and their ways of cooking and celebrating. 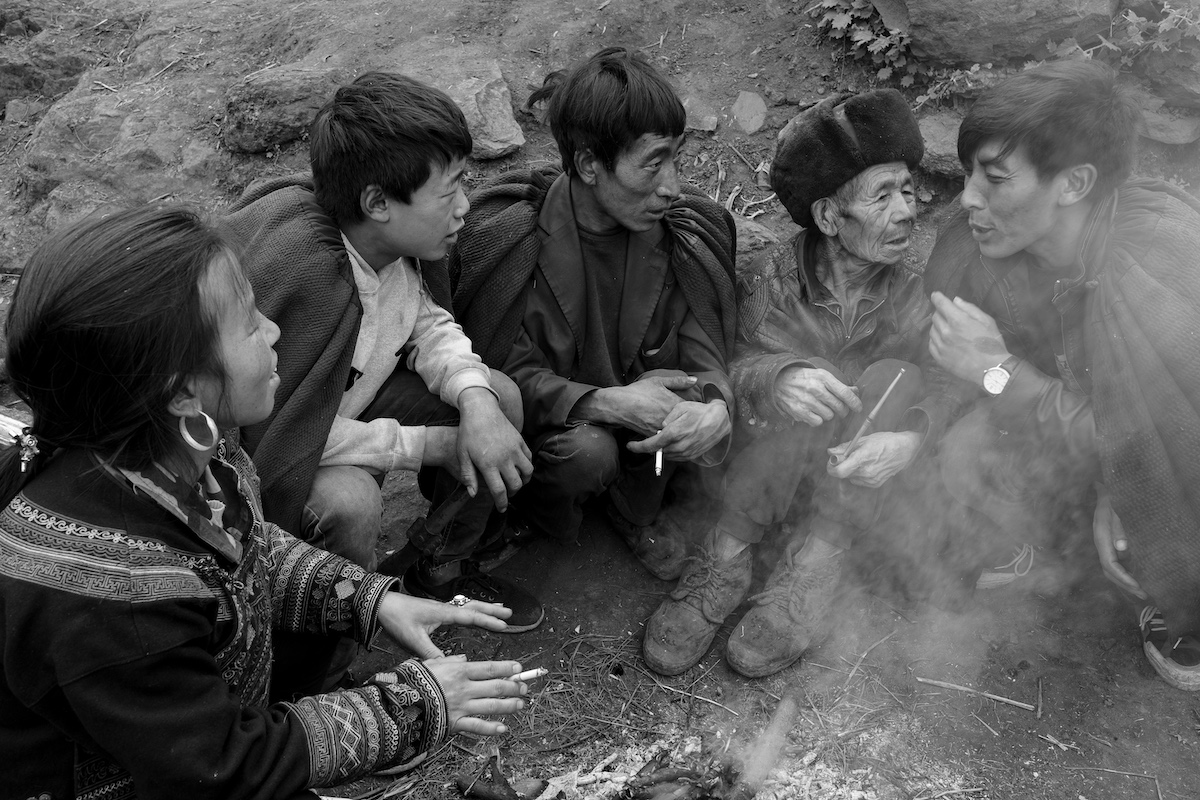 In Nuosu culture, the family always comes first, so during the New Year, every Nuosu will go back home no matter how far they travel from the places they work. It’s the only time when every young man and woman can be seen together at home in their village. In the early morning, the young men gather together and go to every house to help kill the pigs that have been carefully raised and chosen for this special event. The Nuosu only slaughter the animals they raise for special occasions—for guests, funerals, weddings, and the New Year. However, once they move, they can no longer keep fire or cook indoors, and without land to raise pigs, they are increasingly removed from the basic elements and practices of their next New Year’s celebration.

Though the government asked them to celebrate in the newly built settlements, they refused due to the lack of water and space for raising pigs. They will have to move permanently after the New Year, when the government dismantles their old homes and confiscates their farming and herding land. Without land to provide their families with adequate produce and livestock, and to maintain close connections to the clan, those in the family who are strong enough migrate away towards employment in towns and cities, thousands of miles away from home. The unity of the clan weakens. This is one of the typical yet dramatic changes that hundreds of thousands of Nuosu families are currently facing. As the largest scale migration in their history proceeds, the Nuosu reluctantly yet quickly have moved towards assimilation with the Han ethnic Chinese majority, and away from their own traditions, cultures and values.

The father of the family that is featured in this photographic series died due to his drug addiction, yet his brothers and cousins continue to help the family, especially with the children. One of the boys goes to the school sponsored by a local non-profit organization and learns how to make and play some stringed instruments, but the girls don’t have their brother’s luck. They are smart, strong kids – hungry for knowledge and to create. They never complain about the poverty, the lack of educational opportunities, or the heavy work at home. Everyone is close to each other. They talk and laugh as they celebrate the New Year in their old home for the last time.