Dominion City is the elaborate, ever expanding, work-in-progress of the renowned Guelph-based, Canadian cartoonist Seth. An imagined place combining elements of numerous early modern Canadian cities, Dominion captures the spirit of the booming small metropolis at a time of community boosterism and growth that, to the contemporary eye, can seem at times quaint and alien. It is a place that embodies the confidence of many Canadian cities in the post-Depression and World War II era when the North American economy expanded, manufacturing spread, and many cities were characterized by a level of civic engagement (through service clubs and politics) unheard of today. Dominion City is a cartoon space supported by an elaborate narrative vision that includes a detailed history and character studies that can be funny and amusing but equally dark. As Seth often says, “Good comedy is often cruel.” Dominion City sits seemingly frozen at the cusp of the 1950s and ’60s and one can imagine many of these buildings crumbling and fading in the voracious urban “renewal” of the 1960s to 1980s. As with all of Seth’s works, Dominion City is infused with melancholy and an air of ambiguous nostalgia tinged with a healthy dose of cynical humour. The following illustration is taken from one of Seth’s numerous journals that compile the history of Dominion, including central characters, the city’s layout and, as the title states, some of the lost buildings. Dominion City’s most substantial manifestation is the growing collection of model buildings Seth has been constructing over the past decade that extend Seth’s distinct vision off the printed page. A fully realized installation of Dominion City is currently on display at RENDER (University of Waterloo). It is an exhibition that serves to both present the artist’s growing collection of model buildings and captures aspects of their interiors (the institutional décor of the city hall, records office, archive and library, for example). Dominion City is complemented by a second installation at the Kitchener-Waterloo Art Gallery featuring the North Star Talking Picture House. The KW|AG installation is a working model of Dominion City’s movie theatre featuring a program of vintage documentary films curated by Seth.
Andrew Hunter Director/Curator 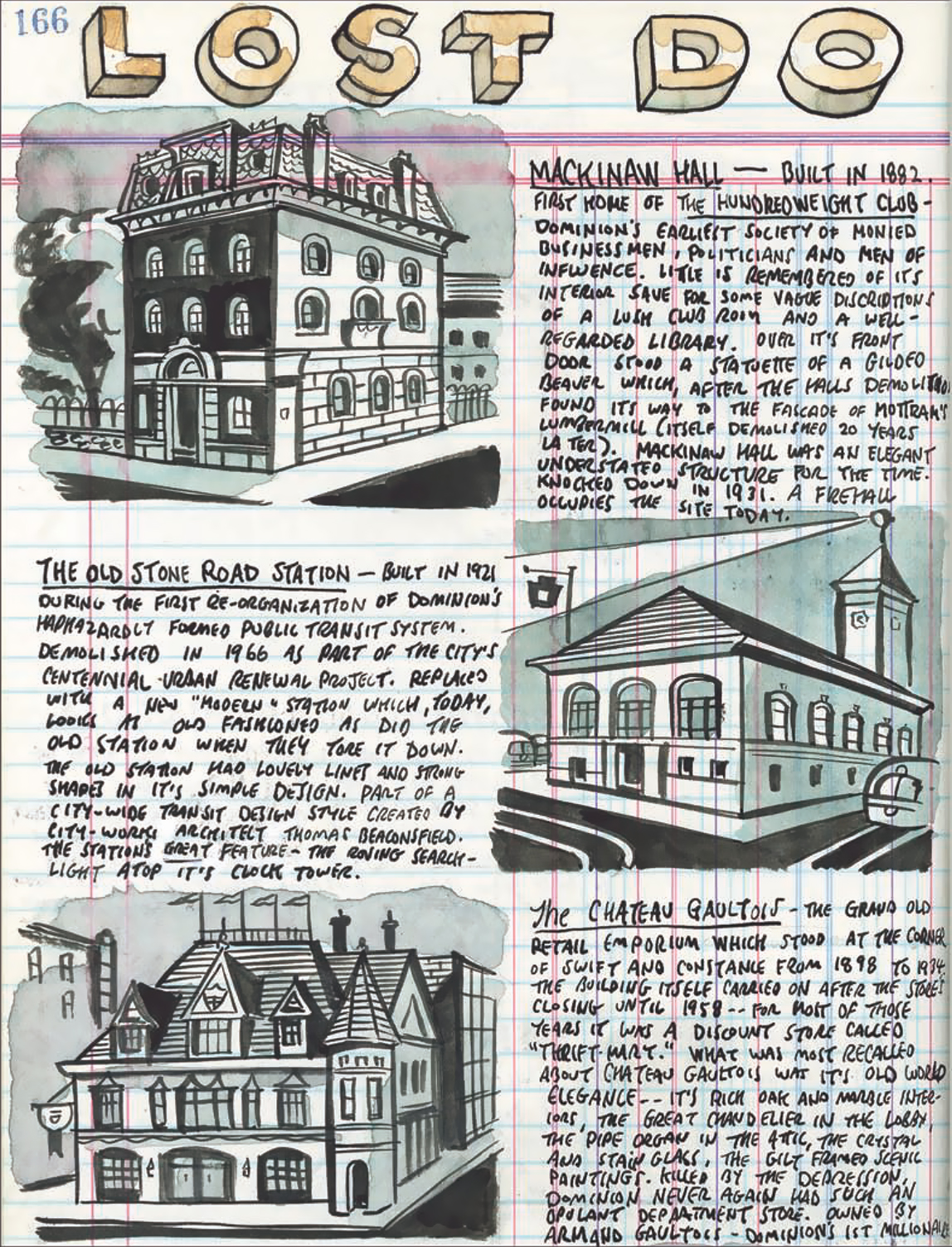 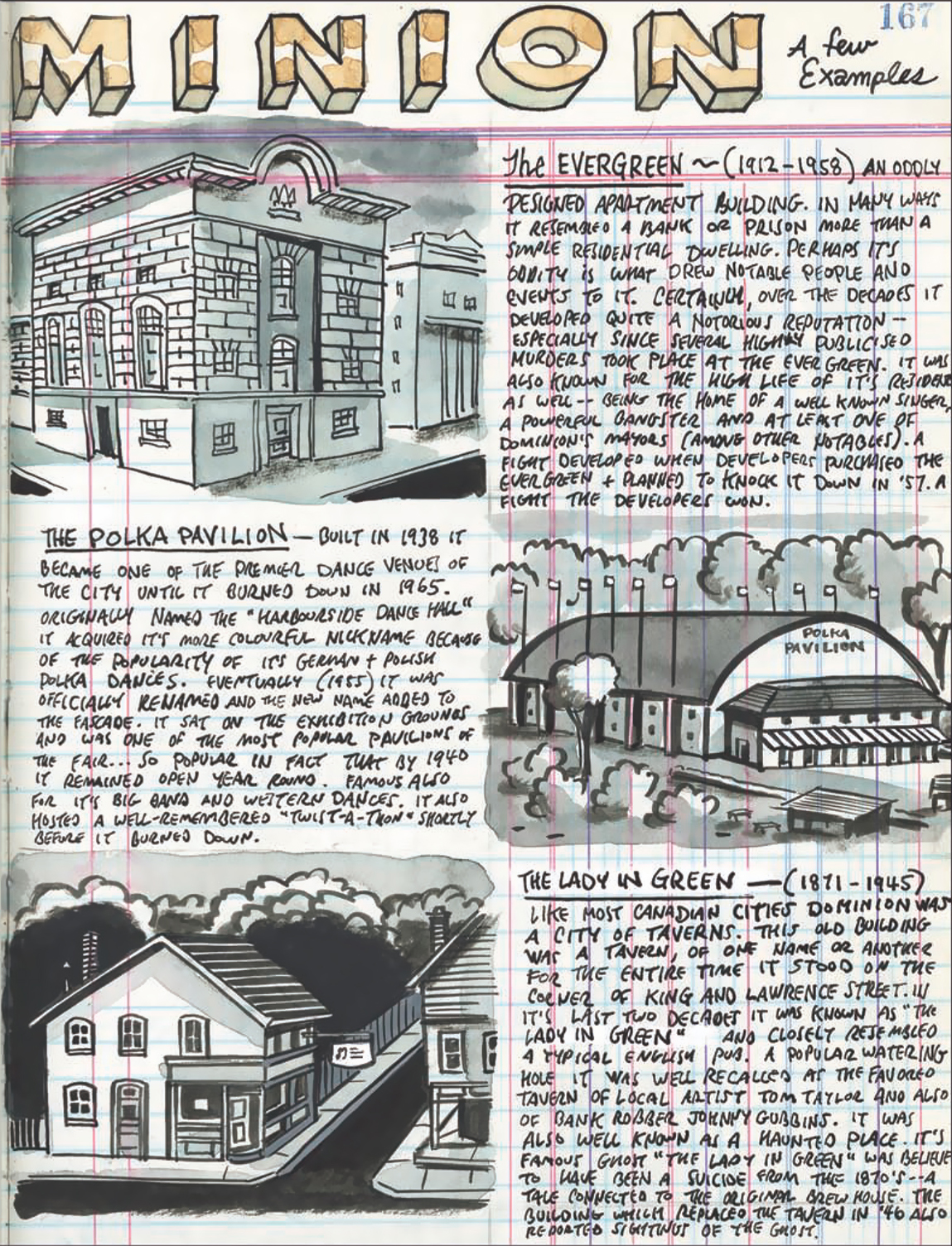