There are good reasons beyond simple patriotism to assert that Canada is the best nation in the world.

As the only constitutionally multicultural state, Canada – unlike, say, the United States – recognizes group rights, dating back to the 1867 British North America Act, which codified three collectivities – the aboriginal peoples and the French and the English. The 1982 Charter of Rights broadened the concept to include all cultures – “this Charter shall be interpreted in a manner consistent with the preservation and enhancement of the multicultural heritage of Canadians.” The 1988 Multiculturalism Act further elaborated: “Multiculturalism reflects the cultural and racial diversity of Canadian society and acknowledges the freedom of all members of Canadian society to preserve, enhance, and share their cultural heritage.” No culture need be subordinated to the dominant culture. Newcomers need not assimilate, only integrate, broadly defined as obeying the law, the common holy parchment of the native-born and the foreign-born. Immigrants cannot import any cultural or religious practice that runs afoul of the law – but beyond that they need not sacrifice any of their values to suit majoritarian mores. The strong shall not dictate to the weak on what is or is not acceptable behaviour beyond what’s defined by the law. The power to define citizen conduct rests solely with the people’s parliaments – federal, provincial and municipal. There is no hierarchy of citizens; the moment an immigrant takes the oath of citizenship, she is as equal as the judge who has sworn her in.

Who’s a Canadian? One who lives legally in Canada, period.

Canada is also the only country in the world to extend constitutional rights to landed immigrants. They may take governments to court for violating their Charter rights.

This remarkable legal framework – anchored in a cooperative, not an adversarial approach – is drawn from the aboriginal concept of the inclusive circle, broadened to bring in more and more new arrivals.

No wonder, then, that the level of immigrant integration is remarkable: 85 per cent of newcomers opt for Canadian citizenship, the highest rate in the world, as is the proportion of foreign-born elected to Parliament and provincial assemblies. There’s little xenophobia; when bigotry makes its ugly appearance, it’s put down, democratically. No anti-immigrant party can hope to win a national or a provincial election or even be part of a coalition government, as has been the norm of late in Europe. When the Alberta-anchored Reform Party, formed in 1987, wanted to limit immigration only to Europeans, it failed to gain national traction and the party was dissolved thirteen years later to merge with the Conservative Party, which, since forming the federal government in 2006, has attracted a record number of immigrants.

In Ontario, the highly-charged 2005-06 debate about the ostensible introduction of sharia law ended in a very Canadian way – the provincial government, forced to decide whether the 1991 Arbitration Act that allowed religious-based settlements in family and business matters to Christians and Jews would also apply to Muslims, opted to end all such arbitration altogether, rather than deny Muslims that right. Across Canada, post-9/11 Muslim-bashing and Islamophobia failed to rise above the populist level to permeate any government. In Quebec, the officially-sanctioned bigotry of the Parti Quebecois government, under the guise of the 2013 Charter of Quebec Values – directed mostly at Muslims, with Jews, Sikhs, Hindus and others becoming collateral damage – was terminated this year with the crushing defeat of the government.

The year 2014 also saw Ontarians elect a majority government headed by Kathleen Wynne, their first woman and first openly gay premier. Even more remarkable was that she won with the overwhelming support of minorities, who are often presumed to be socially conservative. Her greatest gains were in the Greater Toronto Area, where minorities constitute half the population. They are among our newest arrivals — Chinese, South Asians and Filipinos. South Asians themselves are a diverse lot — by religion (Muslims, Sikhs, Hindus, Buddhists, Christians); by country of origin (India, Pakistan, Sri Lanka, Bangladesh, Nepal and the Indian diaspora from South and East Africa, Guyana, etc.); and by ethnicity and language. In Wynne’s own Toronto riding, Don Valley West (40 per cent visible minorities), her sexual orientation was an issue only with some constituents. But she has repeatedly won the riding handily (defeating Tory leader John Tory in 2007). Some of her biggest supporters have been Muslims in the Thorncliffe Park area. This shows that even the relatively newer arrivals adopt Charter values – many may hold strong religious beliefs but most of them do not let that interfere with their political decision-making. Their voting pattern turns out to be not all that different than the rest of the population.

Canada’s is a living, breathing culture, forever evolving. Cultural and social effervescence is what makes Canada a nation of limitless possibilities – each generation feels free to redefine the country, and does, for the better.

Such is the alchemy of Canada. 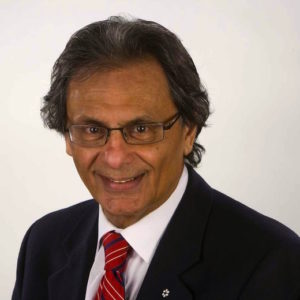 Haroon Siddiqui is editorial page editor emeritus and twice-weekly columnist at the Toronto Star, Canada’s largest newspaper. This is an essay written by Haroon Siddiqui for the January 2015 Guelph Lecture – On Being Canadian program.