The 5th annual Guelph Lecture—On Being Canadian welcomed David Buckland of Cape Farewell, who at the time was working in partnership with the rare Charitable Research Reserve, and celebrated author M.G. Vassanji, who had already won the Giller Prize twice for his novels The Book of Secrets and The In-Between World of Vikram Lall. The musical entertainment for the evening was provided by the band Eccodek with special guests Ishra & Invoke-tress Dance Theatre, and percussionist Sam Cino. 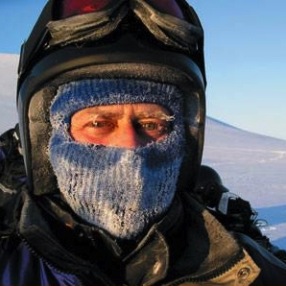 The 2007 keynote speaker was David Buckland, an artist – photographer, designer and filmmaker – whose photos have been collected by the Metropolitan Museum in New York, the Centre Georges Pompidou in Paris, and the National Portrait Gallery in London, England. He had spent the past seven years leading expeditions to Cape Farewell on a 100-year-old schooner, the Noorderlicht, in an effort to bring awareness to the public on climate change. The UN has called his website, capefarewell.com the best scientific website in the world.

In 2008, Buckland sailed Canada’s Northwest Passage, inviting some school children to join in. And 2007/2008 was International Polar Year, which set off a new round of Arctic and Antarctic research and global collaboration. While we might hear most about sovereignty issues in our Arctic, perhaps the real story is about our responsibilities in this precious landscape. Buckland’s film, Burning Ice, opened at the Montreal film festival in 2007, and at the lecture he showed scenes from it and discussed his work and the North. 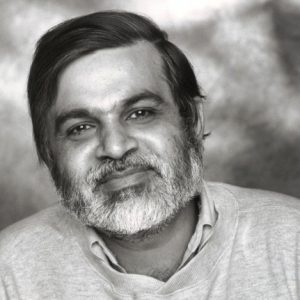 Our literary guest in 2007 was the Giller Prize-winning author M.G. Vassanji, who read from his new novel, The Assassin’s Song. Previously Mr. Vassanji has won two Giller Prizes for excellence in English-language Canadian fiction, and in 2005 he was made a member of the Order of Canada. His unique place in Canadian literature comes from his elegant, classical style, his narrative reach, and his interest in characters who are trying to reconcile different worlds within themselves. 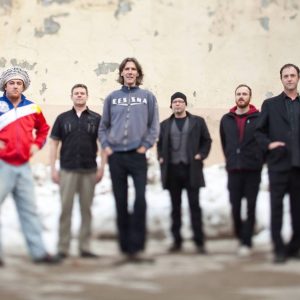 Our musical guest at the 2007 Guelph Lecture was Eccodek. Created in 2002, Eccodek is the brainchild of Canadian producer, remixer and artist Andrew McPherson. A longtime fan of the exotic sounds and musical traditions pouring out of the African continent, Middle East, South Asia, the Balkans and beyond, Andrew created a musical vehicle to bring him closer to these stunning musical traditions. Eccodek weaves these diverse musical compass points together over a sonic musical gumbo of funk, jazz, electronica, roots and dub. Previously Eccodek has won two Canadian Music Awards for Best World Music Recording, and received two Juno award nominations.

The emcee at the 2007 lecture was the Hon. David Anderson, P.C.  A former Liberal cabinet minister of more than 10 years, David Anderson was the Director of the Guelph Institute for the Environment on the University of Guelph campus. The Institute links research on food, water, health and the environment and connects university research with policy-makers at all three government levels. It attempts to make scientific knowledge more accessible and to build bridges between scientists, the general public and politicians. While in cabinet, Anderson held the positions of Minister of Fisheries and Oceans and Minister of the Environment. He has also served as president of the Governing Council of the United Nations Environmental Program.