In November 2006 we welcomed Louise Fréchette and Brian Stewart to our community of ideas. We also welcomed the talents of Ndidi Onukwulu with Madagascar Slim, and their band, to help demonstrate the important role of culture in any evening of ideas. We were also pleased that Martha Henry and Diane Nalini, along with her musicians, made a timeless cultural contribution to the evening, showing some of what this community has to offer to the rest of the world.

This year’s musical component featured Ndidi Onukwulu with Madagascar Slim and their band. Not only do they have incredible music, they have amazing stories of lives dedicated to music. In March 2006, Onukwulu released No I Never, an album with many influences but heavily steeped in the themes and moods of traditional blues songs. Born in British Columbia, Onukwulu left home at an early age to pursue her musical yearnings. “There’s a lot of residual pain and anger from growing up as an ethnic person in small-town Canada” she says. Madagascar Slim is a musical prodigy in his own right. Born in Antananarivo, the capital of Madagascar, he was sent to Canada by his parents to get an education. He says his personal motive was to learn English so he could play the music he had heard and come to love as a child. Now he’s a two-time Juno award winner – and a graduate of nearby Seneca College. 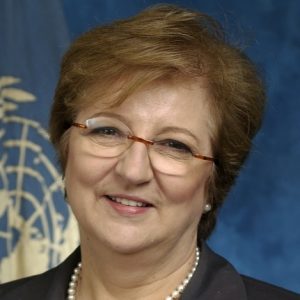 In 2006 we were extremely fortunate to have Louise Fréchette as our keynote speaker. Madame Fréchette served as the first Deputy Secretary General of the United Nations, a position she held for eight years at the culmination of a distinguished career as Canadian diplomat and public servant. She currently serves as a Distinguished Fellow at the Centre for International Governance Innovation in Waterloo. She has been named as one of the hundred most influential women in the world by Forbes Magazine.

Fréchette observes that there are moments in her own career that correspond to attempts by Canada to situate itself in the world. She believes that Canada is one of the few countries whose foreign policy priority is not determined by its Region. All other Regions are comprised of many countries of roughly the same size. So while Asia, Latin America, Europe and the Middle East were regarding their Region as their priority, Canada (whose Region is dominated by the U.S.) was attempting a “third option,” connecting itself to Europe. During this time Fréchette served as Second Secretary at the Canadian Embassy in Athens and held various posts in external and UN affairs for over a decade.

In October 1988, Ms. Fréchette was named Assistant Deputy Minister for Latin America and the Caribbean in the Department of International Affairs and International Trade. She directed a review of Canada’s relations with the region, which led to Canada’s entry into the Organization of American States (OAS).

She cites NAFTA as a major break with previous attempts to keep our distance from the US on trade matters.
The Cold War was an easy time for defining oneself, but as it ended, NATO became less and less central and the Commonwealth was declining in importance as well. Africa then became a focus of attention.

Now a Distinguished Fellow at the Centre for International Governance Innovation in Waterloo, one of Canada’s leading research centres focused on international relations and policy, Fréchette will chair a research project on the political and economic issues arising from increased nuclear energy use. The project is expected to research and make recommendations on a wide range of issues, from the economic and environmental significance of nuclear energy in an increasingly energy-dependent world to enhanced dangers arising from the proliferation of nuclear weapons. 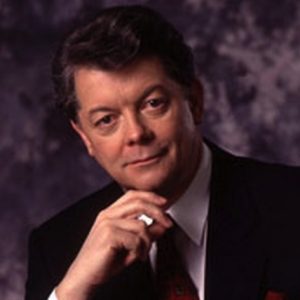 Madame Fréchette will be in conversation with Brian Stewart, long known as one of Canada’s most experienced foreign correspondents and one of the most respected foreign affairs analysts. He is Senior Correspondent for CBC’s The National and host of Our World. For more than two decades he has provided Canadians with a window on the world.

Shakespeare—Made in Canada is a unique Canadian event that will contribute to the culture-positive reputation that Guelph and the region have earned over the years. From January through May 2007, theatrical and musical performances, exhibitions, speakers’ series, workshops and educational programs will provide a focus on Canadian interpretations, adaptations and exhibitions of Shakespeare’s works.

There is also growing evidence that a Canadian may own the only portrait of Shakespeare painted while he was alive. That painting is coming to the Macdonald Stewart Art Centre for the duration of the festival. Known as the Sanders portrait, it is thought to depict the Bard at age 39 and is owned by Ottawa resident Lloyd Sullivan. It’s also the signature image of the University of Guelph’s Canadian Adaptations of Shakespeare project, headed by Prof. Daniel Fischlin, which includes the largest and most complete website in the world dedicated to the playwright’s cultural influence on Canada.

Before coming to Guelph, the Sanders portrait will be part of “Searching for Shakespeare,” an international exhibit organized by the National Portrait Gallery in London, England, that will tour North America during the summer and fall of 2007. 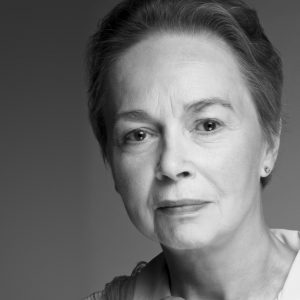 Martha Henry is usually referred to as “the first lady of the Canadian stage.” She is certainly one of Canada’s most honoured and respected actors. But that recognition is a long way from her early beginnings in the United States, where she was born Martha Buhs in Detroit in 1938.

Martha moved to Stratford, where she continues to make her home, and made her stage debut in 1962 as Miranda in The Tempest. It was the beginning of a long, and usually gratifying, association. At last count she has worked at Stratford, when not on the road, for some 28 out of the past 40-plus seasons, appearing in more than 20 different Shakespeare plays, as well as turning up in a number of non-Shakespeare productions of both classical and modern drama. Henry has been the recipient of numerous awards including the Governor General’s Award, the World Theatre Award, two Geminis, four Genies, six honourary doctorates, and the Order of Canada. In addition to her remarkable acting talent, she also spent seven successful years as Artistic Director for the Grand Theatre in London, Ontario.

In addition to Stratford, Martha Henry has found eager audiences in such great theatre cities as London, England and New York. Closer to home she has appeared at Toronto’s Tarragon Theatre, Theatre Calgary, The Centaur Theatre in Montreal, the Neptune Theatre in Halifax as well as on television and in movies.

She has also directed, including a convincing 1980 debut directing Douglas Rain in the Stratford production of Brief Lives, and in 1988 was appointed artistic director for the Grand Theatre, London. More recently, her Stratford production of Richard II (1999) received phenomenal reviews as did her the premiere of Timothy Findley’s Elizabeth (2000). She also directed Morris Panych’s play Vigil at the River Run Centre in November, 2000.

Over sixty years ago, a lonely little girl dreamt of being on stage, of becoming someone else. It probably safe to say that Martha Henry has succeeded beyond her wildest dreams. 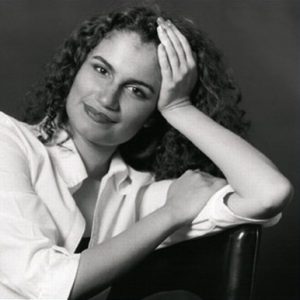 Diane Nalini is an accomplished singer/songwriter whose latest project puts a uniquely modern spin on the words of William Shakespeare. Her newest CD Songs of Sweet Fire is a collection of fifteen sonnets and songs from the plays set to her original jazz, funk and blues music. “It was very important to me to let the phrasing of the words dictate the style of music I wrote for each song. I decided to set only those songs which were in more modern sounding English, to highlight the timelessness of Shakespeare’s words,” says the singer of her new compositions.

While breathing new life into jazz standards, she also performs her own compositions, as well as Brazilian songs and French chanson.

She has performed for President Bill Clinton, Sir Paul McCartney, the President of Malta, the Canadian High Commissioner to London, and former Australian Prime Minister Bob Hawke, as well as given concerts at the London, Montreal, and Malta Jazz festivals.

Nalini was nominated for the Grand Prix de Jazz General Motors at the 2002 Montreal International Jazz Festival and was one of two finalists for the UK’s Young Jazz Vocalist of the Year awards for 2001.